Violence against women is still rampant. While the Church verbalizes support for laws that address this issue, it refuses to stand behind legislation that moves to protect women beyond the narrow parameters of the traditional marriage relationship.

Women who are part of the transgender community are abandoned by the Church when they are victimized. Women in committed, loving relationships and same-sex marriages also get the message that they would not be victimized if they just lived out their lives as prescribed by the Church.

Contemporary science is showing us that the X-Y chromosome is far more complex than we have ever imagined. Church leaders ought to support legislation that protects women who diverge from their narrow constructions of womanhood and God-ordained love. 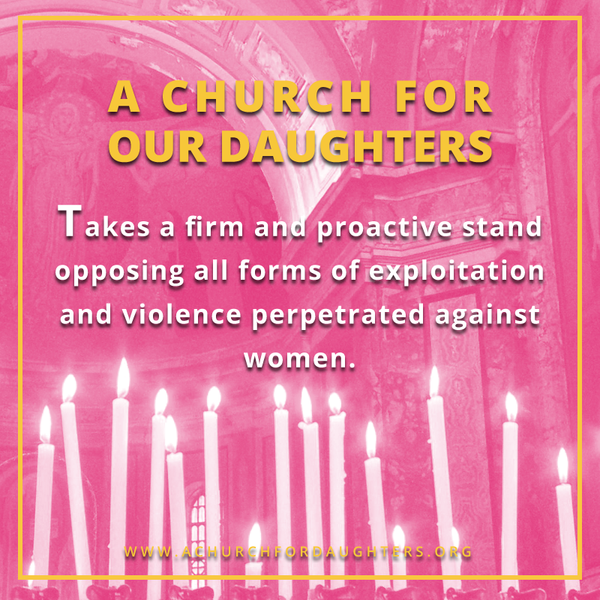 The Church is supportive of laws banning human trafficking and favoring refugees; however, transgender men and women, who face additional victimization due to their identities are not acknowledged.  If they are arrested and held in federal or state facilities pending deportation, no accommodation is made.  If a transgender female is held, it is in the cells with biological males, subjecting her to rape, beatings, and death.  In terms of human trafficking, transgender women seem to be invisible to authorities and Church alike, as institutions of authority hold to the mistaken belief that those who are biologically male cannot be trafficked.

In terms of domestic violence, we know that abusers come in both genders, as human beings often display patterns of the same behavior in relationships to which they were subjected as children.

In 2002, the USCCB issued a statement against domestic violence.  In 2013, the US Conference of Catholic Bishops declined to support the “Violence Against Women Reauthorization Act” as passed by the United States House and Senate because the act referred to “sexual orientation” and “gender identity”.  As is becoming standard by the U.S. Catholic Bishops, the body also objected to the lack of wording protecting “the conscience rights of faith based service providers to victims of human trafficking…”

If violence against women is abhorrent, it is so no matter the biological status of a human being or the relationship in which the abused is in.  If faith-based providers can discriminate against for whom they provide services, then where is the compassion and justice show by our God, our Christ, and the Spirit of Love that was left to the Church?  Have we learned nothing from the life of Jesus and the message he brought?  It is time for the Church to re-evaluate.