Catholic teaching on issues of sexuality – based on the concept of complementarity – leads to the view that lesbian, gay, and bisexual people who choose same-sex relationships are “objectively disordered” and that relationships between people of the same gender are “intrinsically evil.”

These teachings have caused tremendous harm to individuals and have been used to justify both legalized and social discrimination against people who identify as lesbian, gay, bisexual, transgender, queer or intersex (LGBTQI). 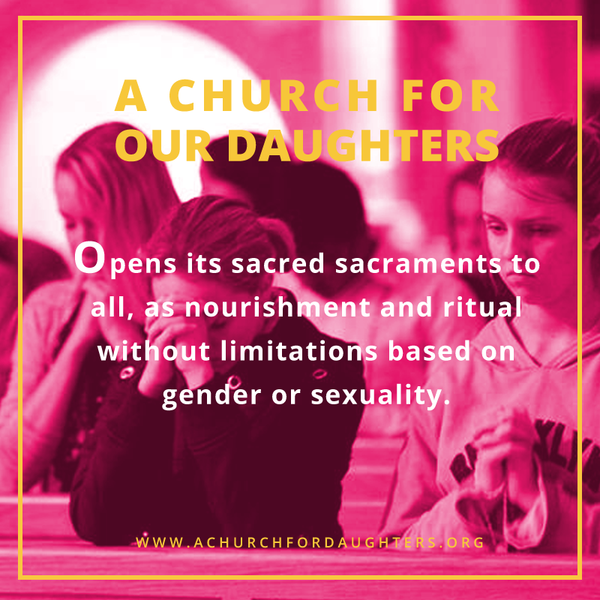 The official teaching of the Catholic Church is based on the concept of complementarity. This concept teaches that females and males have different and complementary roles in marriage, family life, religious leadership, and society. This leads to the belief that marriage is only valid as a life-long, exclusive commitment between one woman and one man, with the goal of producing and nurturing children. In this view, lesbian, gay, and bisexual people who choose same-sex relationships are “objectively disordered,” and relationships between people of the same gender become “intrinsically evil,” as they are seen as incapable of fulfilling the authentic goal of intimate relationships.

These teachings have caused tremendous harm for countless individuals who identify as lesbian, gay, bisexual, transgender, queer, or intersex (LGBTQI), and have been used to justify both legalized and social discrimination against such people.  Religious and social teachings that identify LGBTQI people as immoral, immature, or deviant have led to shame, despair, family and social isolation, addiction, suicidality, and many other negative outcomes for LGBTQI people. They are also more likely to be victims of violence, impoverished, poorly educated, and homeless than heterosexual or cisgender* people.

Fortunately, over the last few decades, these teachings have been rejected by an ever increasing number of people, and Catholics have been leading this trend. Catholics embrace their LGBTQI family members, friends, neighbors, and colleagues, support civil equality for our community, attend our weddings, and stand with us against many experiences of oppression and discrimination. Catholic political leaders have been in the forefront of legislative, executive, and judicial efforts to expand civil rights for LGBTQI people. For most, support is driven by Catholic teaching on social justice and the call to dismantle unjust social structures.

Many Catholics have also become aware of how official teachings have caused and continue to cause pastoral harm within our Church. LGBTQI people and their families often feel unwelcome in Church, fearing they will hear anti-gay comments from the pulpit, or having actually been subject to instructions not to support marriage equality or other legislation during the liturgy. They have seen Catholic parishes, schools, and social service agencies fire people due to their gender identity, sexual orientation, or for marrying their beloved. They have experienced the pain of people who cannot be married or have their children baptized within their faith community. Many have left the Church due to these conflicts. Others are beginning to speak out against continuing discrimination.

Over the past 50 years, many LGBTQI Catholics have rejected the images and teachings that characterize them as sinful, immoral, or defective heterosexuals, and have developed theology and pastoral practices that affirm healthy ways to integrate sexual or gender identities and faith. These can be found in intentional Eucharistic communities, inclusive parishes, and in individual practice.  Many also push for reform in official teachings, in order to end the ongoing harms they create. A Church for Our Daughters will respect an individual’s sexual orientation or gender identity, affirm the individual’s goodness, and support the individual familial relationships.

·       “Cisgender” refers to individuals whose experience of their gender matches the sex they were assigned at birth.